Our day trip to the Scottish Highlands 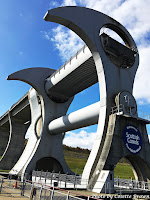 When we were in Scotland visiting my cousin, she and her boyfriend were able to take a day off work to drive into the highlands.  As someone who has watched a few too many episodes of Highlander, I was ridiculously excited!  This wasn't exactly a preplanned excursion, but rather an impromptu tour.

The first place we stopped was Falkirk.  In Falkirk, you can see the Scottish Canals and the Falkirk Wheel.  The Falkirk Wheel is the only rotating boat lift in the world, and was engineered to connect the Forth and Clyde Canal and the Union Canal.  Watching it in action is truly amazing. 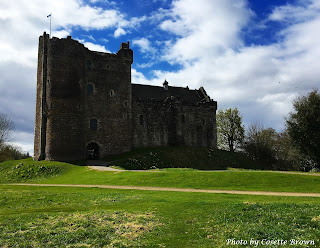 From there we continued on our path and ended up at Doune Castle where Monty Python filmed The Holy Grail.  This 14th Century courtyard castle was also used on the sets of Outlander, and Game of Thrones.  There are internet sites that suggest you can get tours, etc., but when we were there, it appeared largely abandoned.

On our way back toward Edinburgh, we stopped for a quick lunch in the small town of Callander.  Right on the main street is The Waverly Hotel Restaurant & Bar.  The Waverly offers fairly standard Scottish pub fare.  Three of the four of us are vegetarian, and pleased to see that there were options available to us that didn't include a diet solely based on iceberg lettuce (unfortunately, that happens sometimes). While the veggie burger I had was fairly average, The Waverly absolutely delivers on old world charm, hoisting you immediately back to a time where socialization was in-person and the world was largely unplugged.  The staff are super friendly and will leave you feeling like a regular.  Before we left Callander, we quickly stopped for a cup of coffee and a pleasant surprise.  The Old Fudge Shop is a quaint, old-school candy shop, where you are sure to find a few sweet treats from a previous era.

Once back in Edinburgh, we stopped off for a nightcap at the Hanging Bat.  The Hanging Bat has a gorgeous wooden bar and clean lines.  The decor is a combination of hip simplicity and a historical pub feel. It is known for its large beer selection and menu featuring "tapas for the cold."  We followed by heading over to Lebowski's.  If you liked the movie, you'll love stopping in this bar for some White Russians, a variation for every palate. 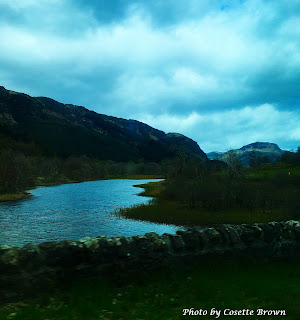